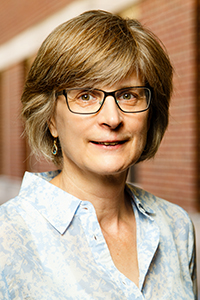 My research focuses on mechanisms by which tobacco smoke chemicals initiate cancer. Organic, biological and analytical chemical methods are employed to study this problem. One of my research interests is exploring the mechanisms by which nitrosamines exert their tissue-specific carcinogenic effects. These studies indicate that DNA repair plays a critical role in the overall activity of the tobacco-specific nitrosamine, 4-(methylnitrosamino)-1-(3-pyridyl)-1-butanone (NNK) as a lung specific carcinogen. Another topic of interest to me is how individuals differ in their ability to repair DNA damage caused by NNK and other tobacco carcinogens. In addition, I am investigating how other tobacco smoke chemicals influence the carcinogenic properties of NNK and other tobacco carcinogens in established rodent tumor models.

I also study how furan induces liver tumors in laboratory animals. Sources of human exposure include processed food, tobacco smoke and air pollution. The specific events involved in tumor induction by this carcinogen are unknown. A key step in this process is the biochemical conversion of furan to reactive metabolites that chemically modify a variety of cellular molecules such as proteins and polyamines. I am interested in connecting these reactions to the toxic and carcinogenic properties of furan. Recently, my research team demonstrated that furan metabolites are present in human urine and are elevated in smokers. Future studies will determine if furan contributes to the harmful effects of tobacco smoke in humans.